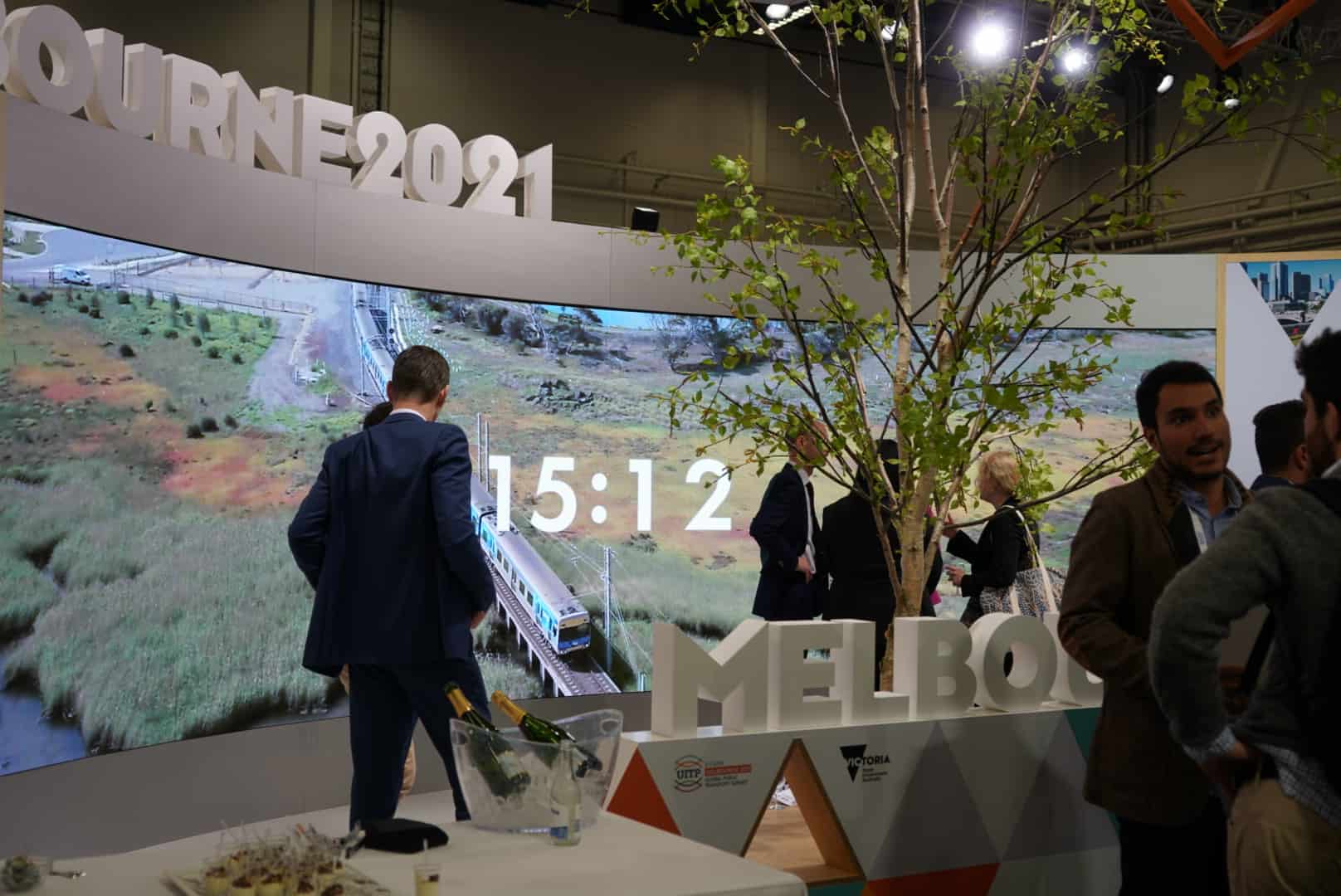 The UITP Global Summit is considered the Olympic Games for Public Transport that brings together world leading industry technology and ideas aimed at improving life for passengers.

The Victorian Department of Transport commissioned a visual montage for their 2019 Stockholm exhibit to encourage future delegates to travel to Melbourne for the conference in 2021. A 15 minute visual montage was designed to be projected on an 8metre ultra wide screen media wall and featured postcard-inspired vignettes of public transport connecting people and places across the vibrant city of Melbourne. The video chronicles a morning to night time scenario and was made up of cinematic scenic shots following people through their day, all interconnected by the common thread of Melbourne’s Public Transport.

The completed film which included a bespoke piece of music and elegant origami inspired graphics worked in unison with the client’s exhibition stand to create an immersive, engaging and inviting showcase for of the City of Melbourne.

Fancy Films also produced a promotional video for the Australasian Road Safety Conference to be hosted in Melbourne in 2020.