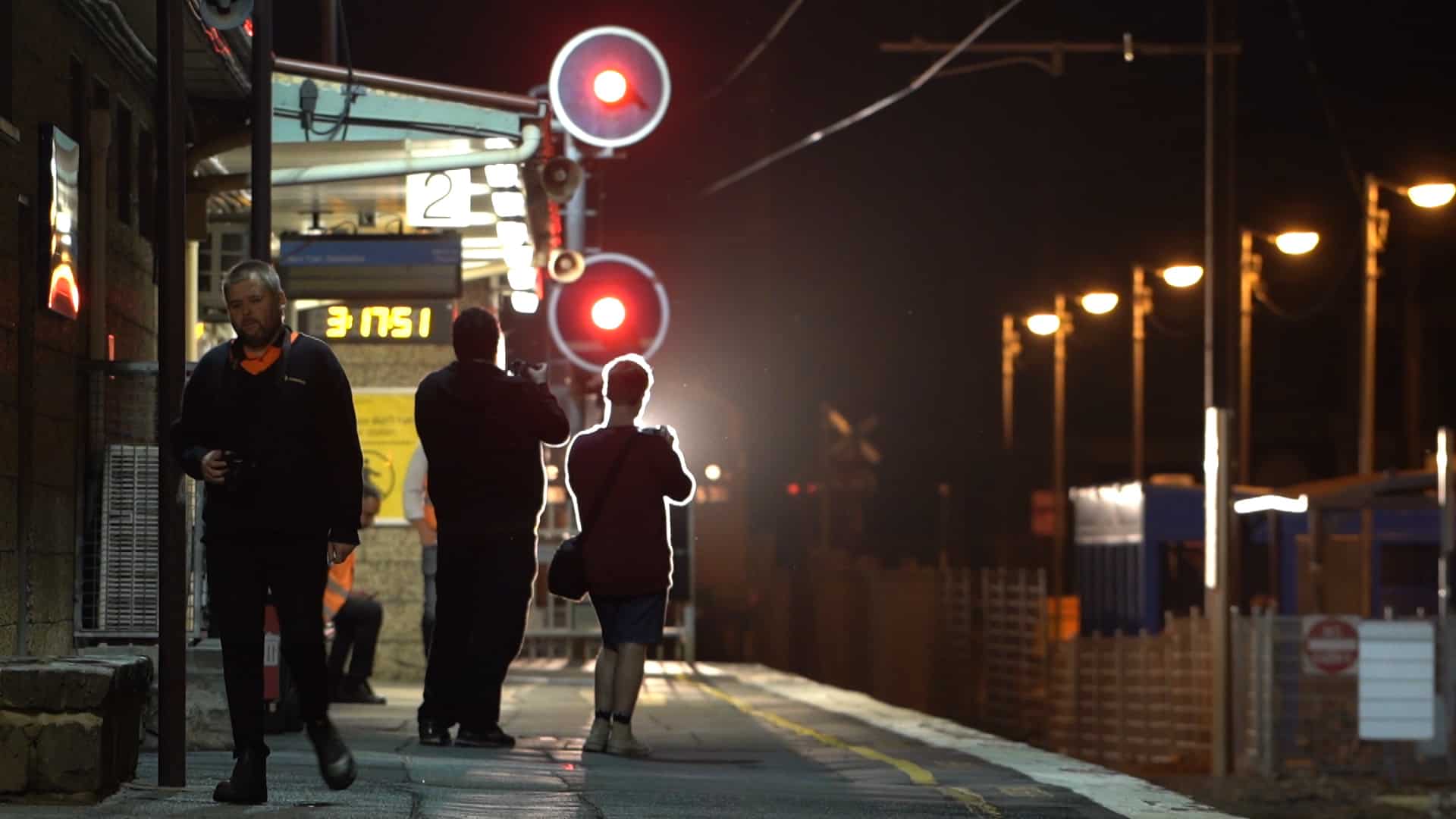 It wasn’t until I spent a whole night chasing a 160m High Capacity Metro Train from Newport to Pakenham that I realised…
I am quite the train enthusiast.

At 11.30pm on a rainy Wednesday evening, I found myself with a Fancy camera crew standing on Platform 1 of Newport Station in Melbourne, surrounded by a large group of committed train enthusiasts, rail staff and Government reps. Armed with a variety of cameras, we eagerly awaited the arrival of this much-talked about train, which was to be hauled by 5 locomotives and 27 freight wagons…that’s nearly 450m of train!

Commissioned to produce a promo video for the Government, we spent some time interviewing and talking to the train enthusiasts (some had traveled hours to witness the event) and before long we saw the headlights slowly approaching in the distance.

As the train was slowly hauled through the station, we had a chuckle as the loudspeaker announced that the train on Platform 1 was, in fact, not taking passengers. Once the train finally came to a standstill, rail staff performed their inspections, ensuring everything was still safely connected and ready for the midnight journey.

What ensued could rival the pure excitement of an episode of The Amazing Race. We dashed from station to station, often beating the train by only a few minutes, filming its passage through North Melbourne, Flinders St, Murrumbeena and finally Pakenham station.

It was an exhilarating 4 hours and together, we didn’t let roadworks, platform changes, torrential rain or station blackouts get in our way. #anythingfortheshot

Click here to experience the buzz of the evening…without the 12am call time.